Professor Kathleen M. Giacomini, University of California, San Francisco, USA is bestowed the Scheele Award 2011 “for her pioneering work on the pharmacogenetics of drug transporters, which has a significant impact on the drug discovery and development process as well as drug usage by explaining inter-individual variation in drug response.

”- I am truly honored by this award and am very happy to accept it.  I am especially happy because I see that my PhD mentor, Gerhard Levy, won the award in 1990.  I am also honored to hold an award in commemoration of a Swedish pharmacist from many years ago -born before my own country was born.” says Professor Giacomini.

Kathleen M. Giacomini is professor and co-chair of the Department of Bioengineering and Therapeutic Sciences, University of California, San Francisco. Research in Dr. Kathleen M. Giacomini's lab focuses on the roles of membrane transporters in drug disposition and in clinical drug response. In particular, the research is concerns the pharmacogenetics of membrane transporters. A key aspect of the group's pharmacogenetic and pharmacogenomic studies is to discover naturally occurring variants in transporter genes in ethnically diverse human populations that associate with variation in drug response. Dr. Giacomini played a leading role in the forming of an International Transporter Consortium and in developing recommendations for drug transporter evaluation in new drug applications and regulatory review by the US Food and Drug Administration.

About the Scheele Award
In honor of the world-renowned Swedish chemist and pharmacist Carl Wilhelm Scheele (1742-1786), the Swedish Academy of Pharmaceutical Sciences has since 1961 bestowed the Scheele Award on prominent scientists in the field of drug research or related disciplines. The Scheele Prize Ceremony will be held November 11, 2011, in connection with the Scheele Symposium. The Award consists of a medal, personal diploma, and a prize sum of 200 000 SEK. Among previous Scheele Award winners are scientists such as Prof Mathias Uhlén, Stockholm, Sweden. Prof Greg Winter, Centre for Protein Engineering, UK and Prof Luc Montagnier, Institute Pasteur, France.

About Carl Wilhelm Scheele
The dependence of the development of chemistry on pharmacy is brilliantly illustrated through the career of Carl Wilhelm Scheele. A native of Strahlsund in northern Germany (in those days a Swedish province), Scheele moved to Sweden at a young age. The amazing number, quality and variety of experiments performed by Scheele in his short life (1742-1786) clearly show his devotion to Science and laboratory work. His discoveries were many and varied. His discovery of the substance which later was named oxygen, 1772-1773, was published in 1777 in his book Chemische Abhandlung von der Luft und den Feuer. In addition to oxygen, Scheele discovered several other elements including barium, chlorine, manganese, molybdenum and tungsten.

About the Swedish Academy of Pharmaceutical Sciences
The Swedish Academy of Pharmaceutical Sciences (SAPS) is a non-profit organization for professionals engaged in the field of medicinal drugs. The aim of the organization is to further developments in pharmaceutical research and to promote high professional standards. With its roots back in the 17th century as an organization of pharmacies, SAPS is today an independent organization focused on scientific matters, education and publishing. The body of individual members, approximately 6000, is geographically divided into 11 regional divisions and 13 specialized scientific sections. The organization is the leading national provider of continuing education and post-graduate courses. The activities encompass a broad spectrum of subjects from generally oriented topics to more specific scientific oriented ones. 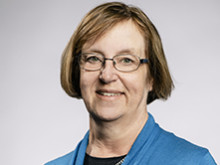